You Can Now PRE-ORDER Your Signed Copy!

Let me first start by saying that creating your own website is no easy task, so I apologize for how long it's taken me to get mine launched (I have a new and deep appreciation for web developers!). But at long last the website for A Soul Less Broken is finally live! Here’s some of what you can do from the site:
Please pass this along to others you know who may be interested - feel free to tweet about it on your Twitter page or post about it on your Face Book page. The success of A Soul Less Broken wouldn’t be possible without all of you! Thank you so much for your support throughout this process! I've already had several people tell me they want a sequel so I guess I better get busy writing! 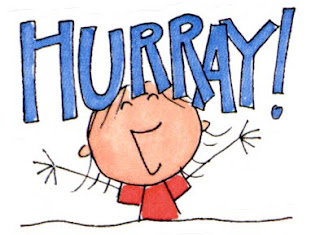 How many times have you gotten that sinking feeling in your stomach right before you were about to do something or say something ... that feeling where deep down you knew you probably shouldn't do it (or say it) but you did anyway ... And how many times did you regret not listening to the warning from that "still small voice within"? I would be willing to bet that it was most of the time. I know for myself, without fail, every time I have ignored that nagging feeling in the pit of my stomach, or that thought in my head "I probably shouldn't do this" I have always regretted it. You can call it whatever you like - Intuition, Divine Guidance, A Higher Power, God ... but whatever you call it, it is a humble voice... it doesn't clammer loudly to be heard ... it very quietly bids for our attention, almost like a shy child tugging on our pant leg trying to get us to listen. It is often so subtle that it can be easy to ignore.  But if Catherine in A Soul Less Broken had listened to her own intuition, she could have saved herself from a brutal attack. The key for all of us, is to get more in tune with our own inner guidance and to listen to it rather than ignore it. Because unlike our own "well laid plans" our inner guidance always has our highest and best interest at heart. Getting in tune is actually simple and easy to do with daily meditation or prayer. You don't have to spend hours in meditation or reflection with God ... just take a few minutes to say "I'm ready to listen" and then start paying attention ... especially when you get that hollow feeling in the bottom of your stomach - it doesn't always mean that you need some Pepto-Bismal - sometimes it means you just need to listen. 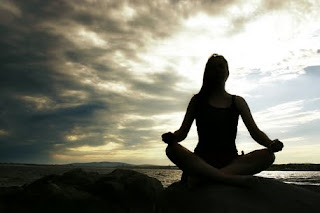 The internal text & layout has been approved and now the cover design is finished as well. Printed copies should be available some time in mid-August. I will have my author website up very shortly and on it you will have the opportunity to pre-order your copy of A Soul Less Broken before it's even available on Amazon or Barnes & Noble.com. And, all pre-ordered copies will be personally signed by me. So stay tuned for the website launch. Thank you everyone for your support and continued patience as we all anxiously await the book's final release! This has definitely been a labor of love!
Posted by Helen at 9:49 PM 1 comment:

Save Them From Themselves

So in a previous post, I made reference to a topic that was "for a different post on a different day". Well... this is the day and this is the post. Even though the attack on the character in A Soul Less Broken is not the result of alcohol, this is a topic that has weighed heavy on my mind for a long time now.

I am gravely concerned about the increasing number of young women who choose to become so intoxicated that they place themselves at risk for being sexually assaulted. I hear the general details about these cases time and time again. Women who drink so much, in a public setting like a party or a bar, that they actually pass out and either wake up in the middle of being raped or realize the next morning that something terrible happened the night before. Now, before I say anything else, let me go on record as saying, none of this justifies or condones the horrible, predatory, criminal behavior of the men who take advantage of these women, and these men should all be prosecuted to the full extent of the law. But we have to ask ourselves ... why are some women willing to put themselves in such a dangerous position? In truth, they are playing Russian Roulette with their own bodies. They are certainly risking alcohol poisoning which can be deadly. And they are leaving themselves incredibly vulnerable for being sexually violated, often by people they know, sometimes by people who claimed to be their friends. I just don't understand how a whole generation of women has lost their own self respect and self esteem to the point where they would put themselves at such risk ... not just the risk of the sexual assault itself, but the insuing humiliation and character assassination that they will be subjected to at the hands of the defense attorneys. What these women don't realize, but quickly discover, is that the men involved almost always claim that "it was consensual". Since the women often can't remember what happened, it becomes difficult, if not impossible, to prove that it wasn't. And the defense attorneys are fully prepared to paint a less-than-flattering picture of these women in order to place that "reasonable doubt" in the minds of the jury. Oh yes, these women have to testify in front of a jury. As if the attack itself wasn't bad enough, they then have to watch as their personal character is sliced open and dissected. Suddenly these women find themselves having to prove that they really were victims.

Granted, the media isn't helping ... young women are bombarded with reality shows and commercials that portray women "partying" and "getting drunk" as being funny and cool. Some commercials even go so far as to portray young women being drunk and sexually promiscuous as though it was a good thing (think Girls Gone Wild). And on top of that, people are making money off of it. This turns my stomach. I hope you find it equally revolting.

We need to reach out to the young women we know to get the message out about just how dangerous this type of behavior is. We need to pull these women back from the brink, back from the edge of the metaphorical cliff they are standing on. Somehow we need to save them from themselves.
Posted by Helen at 6:13 AM No comments:

As I wait for the final (I hope) edits to come back from the publisher for A Soul Less  Broken, the next area that needs my attention is my author website. So I'll be working on that feverishly over the next week or two. For now, I just want to wish everyone a very happy and safe July 4th!