Reviewed the latest proof and made what were hopefully the last edits to the manuscript - sent them off to the publisher ... so we are getting even closer. Okay ... I realize that "close" only counts in horseshoes & hand-grenades, but we are still getting closer none-the-less! I should have the final proof to view by July 9th and once I give them the official sign-off, printing will take about a month. So the release date could be as early as the end of August ... stay tuned!

I’ve heard it said that the definition of courage is “doing what you know is right even when you are afraid.” There are the obvious examples of people who display courage every day - soldiers, police officers, firemen, rescue workers, etc. But there is another group of people who display a very different type of courage and those are the women who come forward to report being victims of sexual assault. Statistics show that the majority of rape cases involve attackers that the victim either knows or has just met (often referred to as “date rape” or “acquaintance rape”). The numbers of surprise attacks known as “stranger rape”(what Catherine endures in A Soul Less Broken) are significantly lower.

Unfortunately, the statistics also show that in many cases, the women who have been victims of acquaintance rape have impaired judgment at the time of the attack, either from the attacker slipping drugs into their drinks or simply because they have consumed excessive alcohol on their own (which is a different topic for a different post on a different day). Either way, the attacker takes full advantage of the woman’s extreme vulnerability. In these situations, the women often feel ashamed, and reporting the attack becomes very humiliating. The legal tactic for the defense team is to attack the woman’s character, life-style, and morals. So as if being raped by someone she knows and then reporting it wasn’t humiliating enough, the woman now feels as though she is suddenly the one on trial. And yet, every day across America these women are coming forward and reporting the crimes against them, fully prepared to push through their fears and endure the almost certain humiliation that awaits them. We rarely hear about these courageous women in the news, they are seldom praised for their bravery. But in almost every case, even though the women want justice for themselves, ultimately what drives them to come forward is that they want to prevent their attacker from ever victimizing any one else. They do what they know is right, even when they are afraid. We should all be inspired by the courage it takes for these women to come forward.
If you have been the victim of a sexual assault and haven’t yet reported it, please let these women inspire you. And if you, or someone you know needs help please use the RAINN resources found here.

I just submitted the copy-edit (round one) for A Soul Less Broken to my publisher. Boy does that feel good! So we're getting closer! But for now, I'm going to get a few hours of sleep!
Posted by Helen at 1:13 AM No comments:

Betrayed by Your Own Body

The statistical information about brain tumors is certainly important, but I want to touch on the personal side for a moment. The courageous souls who have suffered with all types of cancer must have felt at some point betrayed by their own bodies, probably even taken hostage. And no one feels that more than brain cancer patients. While the diagnosis of cancer and the resulting symptoms are devastating regardless of the type of cancer, people suffering with malignant brain tumors must deal with the reality that their particular cancer inhabits and affects the epicenter of not only their body, but the core of who they are. And until each of us encounters a sudden problem with the functioning of our brain, we take for granted all that the brain controls.

Put yourself in their shoes for a moment and imagine that you suddenly experience: 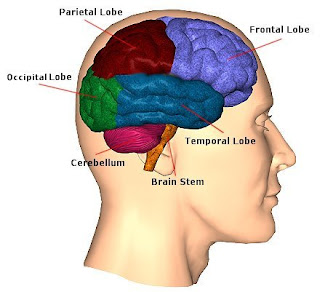 My heart goes out to the people who have had brain tumors and the suffering (both physical & emotional) that they and their families have endured.

I've just seen the draft of the full cover (front, back, and spine) for A Soul Less Broken and it truly exceeds all my expectations. My son never ceases to amaze me with his talent for designing all things graphic. His skill certainly makes me look good! I'm very grateful for all his help. I can't wait for all of you to see it when it's finished, so stay tuned!
Posted by Helen at 8:58 PM No comments:

Down the Rabbit Hole

Anyone who has done any writing, especially a manuscript, knows that the process of editing, re-editing, and editing again can seem very much like the rabbit hole in Alice in Wonderland ... never ending! But my commitment to my readers is to deliver the best novel possible, and so I'm diving into A Soul Less Broken with fine-tooth comb in hand for round two. I'll let you know when I come up for air! 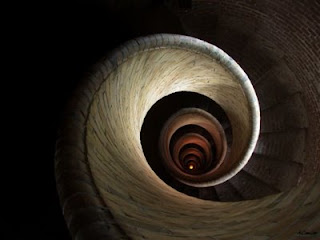